No, I haven’t left town or gone anywhere exciting, not yet at least. 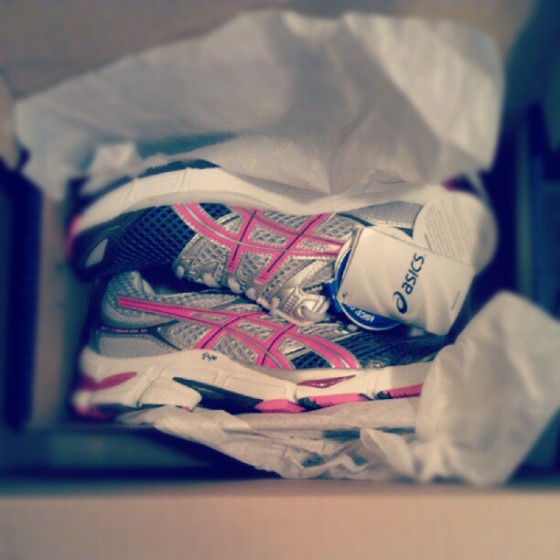 I’m back to the pavement! After several weeks away from running, trying to give my pesky knee some time to heal, and working on increasing my strength (soon-to-come: unassisted pull-up), I’ve finally been able to officially start training for the Chicago Marathon! I’m a week and a half in, and I’m absolutely loving living by my beautiful, colorful training calendar. Obviously having not run very much the past month, I’m starting out pretty slow with low mileage, but I hope to be working both (speed and miles) up in the very near future. I also want to keep focusing on strength training and incorporate a lot of speed training!

Last night the tall man (a.k.a. husband) and I hit up the track for some speed work. We did several 100 meter sprints, a few 200 meter sprints, then we split up and I continued with an 800 hundred sprint (um, can you call that a sprint?), and my fastest ever mile run…seven minutes and twenty-one seconds.

To some, that might not seem all that fast for just one mile, but when I pressed the lap button on my pretty little Garmin and saw 7:21 flash before my eyes, I was ecstatic! After watching the Olympic track trials on television, witnessing 200 meter times in the 20 second range, and then running my own huff-and-puff-tastic 200s in 43 slow and agonizing seconds, I thought I’d lost any resemblance of speed I might have once had. However, 7:21 is at least 15 seconds off my mile PR, so I guess somewhere in these quads of mine is some super-duper-fastness waiting to get out.

I have to give credit to my precious little dog Tia. We took her to the track with us so she could get some fresh air, and after Matt was finish with his workout he took Tia off her leash to play. I was halfway around the track into the first lap of my mile when I heard some cute little footsteps chasing behind me. After nose-diving in a hole in the grass and flipping three times, little Tia eventually passed me and stayed a few steps ahead of me the rest of the mile.

What a good little pacer she is. 🙂

And what a wonderful husband this guy is… 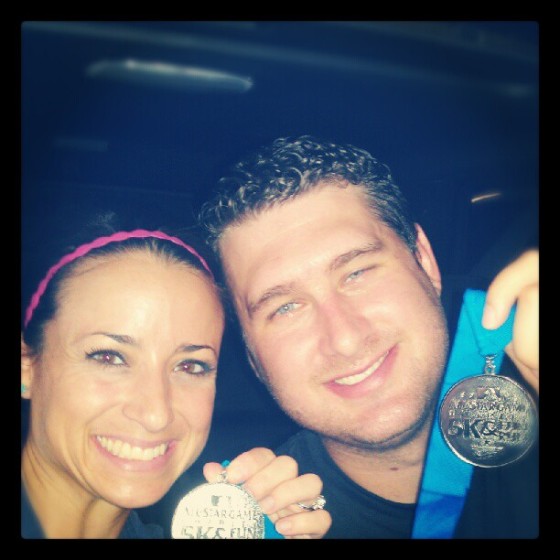 On Sunday he woke up at 5:00am (a huge accomplishment in itself), drove us an hour to downtown Kansas City, and ran the All Star Game 5K (third race ever) in the crazy midwest heat with me. #proudwife

I think I’m turning us into a cute little family of runners! Maybe. 🙂

Error: Twitter did not respond. Please wait a few minutes and refresh this page.